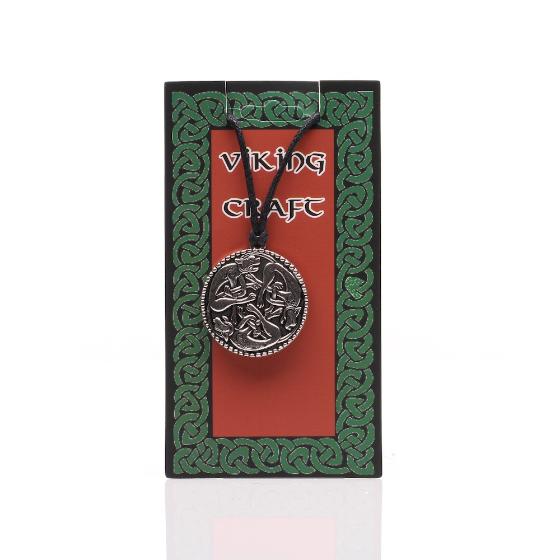 Viking-Celtic Dog Choker. The Vikings first raided and then settled along Northern Europe, including the Celtic Lands such as Ireland. There was much cross fertilization in the Arts and Crafts and some Viking Designs contain Celtic Themes. This choker is a reminder of such work, depicting Celtic Dogs. Animal patterns (called 'Zoomorphs') were popular in Celtic Art. Dogs were symbols of loyalty and discernment to the Celts, probably because they loyally protected and defended the enclosures of the Celts and could tell who were strangers or enemies and who were friends.