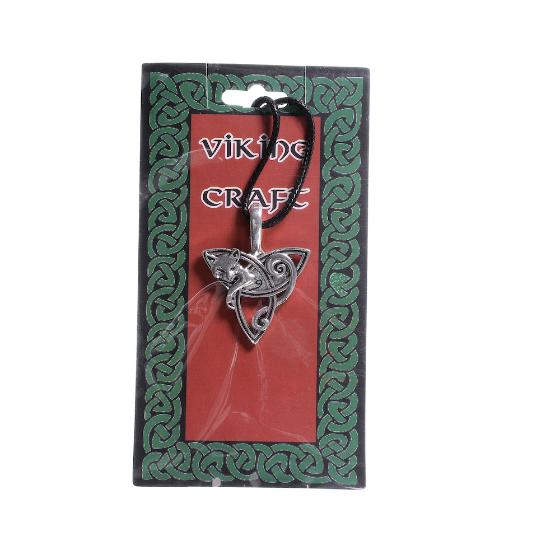 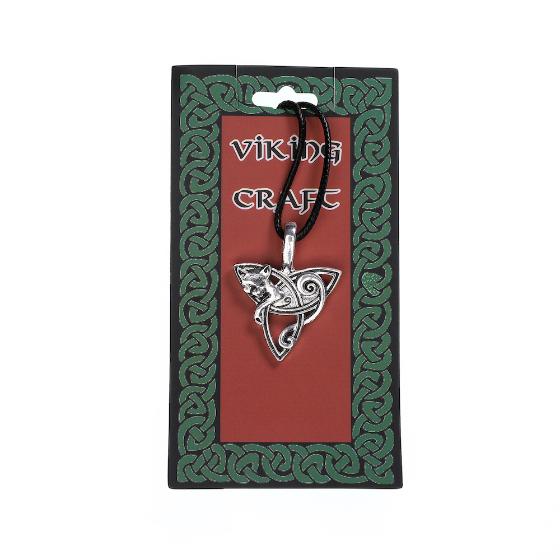 Fox n' Trinity Knot Silver Coloured Choker. The Vikings first raided and then settled along Northern Europe, including the Celtic Lands such as Ireland. There was much cross fertilization in the Arts and Crafts and some Viking Designs contain Celtic Themes. This choker is a reminder of such work, depicting a fox resting on the design of a Celtic Trinity Knot. While some people interpret the Trinity Knot as symbolizing 'The Father, Son and Holy Spirit' of the Holy Trinity, the symbol is actually pre-Christian and can be used to represent anything that comes in threes. Your favourite three things if you like.