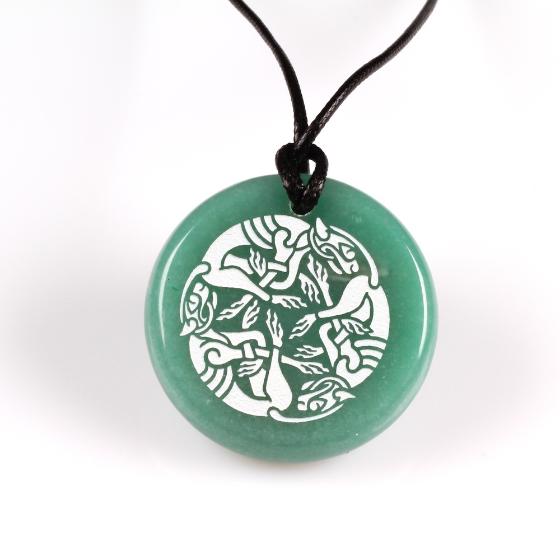 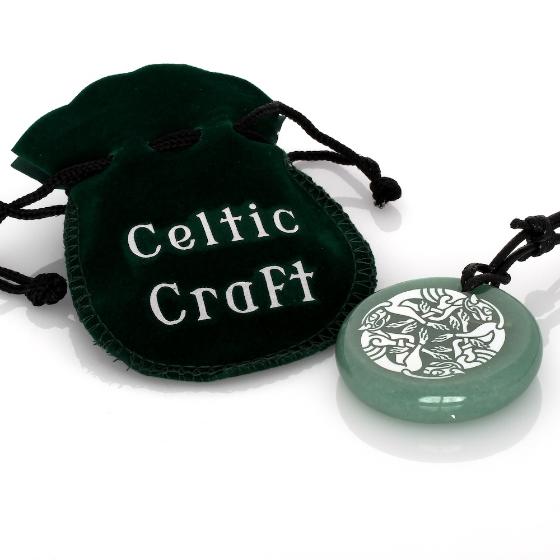 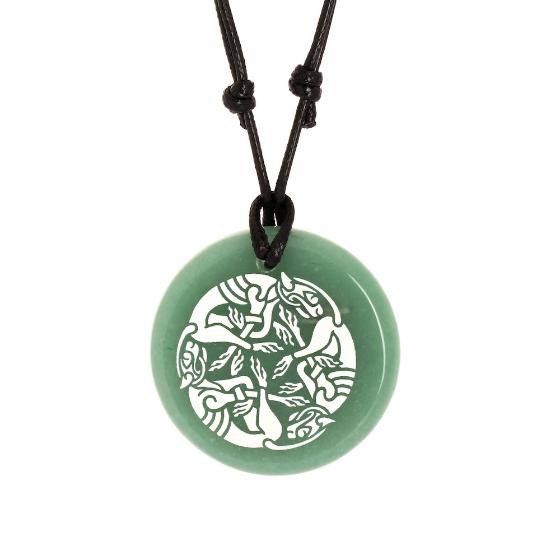 Celtic Dogs Green Aventurine Semi-Precious Stone Pendant. Animal patterns (called 'Zoomorphs') were popular in Celtic Art. Dogs were symbols of loyalty and discernment to the Celts, probably because they loyally protected and defended the enclosures of the Celts and could tell who were strangers or enemies and who were friends. While Green Aventurine is described, by those who look for meaning in semi-precious stones, as the 'Delver', stimulating muscle tissue while strengthening the blood. This is very much a brain stone, purifying mental emotional and etheric bodies, its real strength is in losing anxiety and fears by digging at the foundations of their cause. Centres you while inspiring independence well being and health. Circular Stone Pendants are about 1.75 inches (4.5 cm) in Diameter and are on an adjustable 30 inch black cord.